If you’re looking at getting a set of hair straighteners, then you’ve likely come across ghd’s. The British brand have become one of the most popular straightening brands around nowadays, which is particularly impressive considering that they’re less than 20 years old.

But, ghd have a wide variety of different products to choose from, so it can be really difficult to know which one would be best for your needs. There are subtle differences between them all, so you need to ensure that you’re getting the right set for your needs.

So, lets take a look at some of the best ghds and determine the differences between them all.

When we’re looking at the best ghd’s, we’ll have to take a look at the four models that they currently offer individually to try and decipher which of them is the best option for you. They’re all similar, but they do have a few differences which might make them more suitable for your needs. 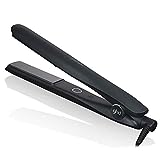 The ghd Gold Series is one of their oldest products, but just because it’s older, doesn’t mean you should ignore them. In fact, they actually released updates on the gold stylers quite frequently, so make sure that you’re purchasing an updated version of this styler. They consistently win awards year upon year for their gold straighteners series, and if you’re looking for an ideal place to start, then the ghd golds are likely a good place to start.

Generally for the majority of people, the Gold series are likely to be the best option. They’re basically the mid range ghd’s, which makes them a step up from the originals but not quite as premium as the Platinums. But in terms of cost to effectiveness, I’d put them as my favorite pair. I think that it’s worth picking up the ghd’s as opposed to the originals, primarily because of their ergonomic design.

The difference between the Golds and the cheaper Originals is that they have a much better round barrel design of the irons themselves, which makes them a much better choice for those that want to curl their hair. Not only is the end of the flat irons rounded to help with curling, but the surface area of the plates themselves is contoured too, which makes them less likely to snap at your hair and damage it.

Overall, the ghd Golds are undoubtedly my favorite option when considering hair straighteners. For their price, I think that they offer the best value for money. 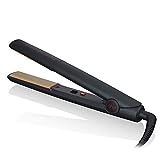 If you’re looking for the basic ghd’s then you’ll want to consider the ghd Originals, which are the cheapest set of flat irons that are currently available.

The originals follow a very basic design of a flat iron – that means that they have straight edges as opposed to curved. Like all ghds, they operate at 185 degrees, which is the optimal level to be hot enough to have an effect, but not so hot that it will damage your hair to any degree. They also have a 1 inch width, which is the norm for all ghd’s too. For most people looking to pick up the cheapest pair of ghd’s possible, then the Originals give you the ability to do this.

Whilst I much prefer the Golds, the originals still do a fine job for those that are only looking to straighten their hair. They’re not ideal for anyone looking to add curls to their hair, so if this is you, you might want to look elsewhere. 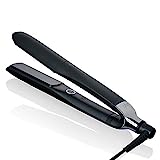 The main advantage of the Platinums is that they’re specifically designed to be good to fine and damaged hair. This makes them ideal if you have damaged hair if you’re looking for a good flat iron that isn’t too harsh on your hair. This is mainly due to the technology that the platinums use, which is specially designed to work with all different hair types.

It adapts heat to the specific areas you need it depending on your hair style and it’s thickness, making it one of the first ‘smart’ straighteners’ that’s been released. In terms of effectiveness, they’re some of the best hair straighteners out right now. Although they run at a higher cost than the Gold’s and the Originals, they might provide a better options for those that deal with thin or damaged hair.

One bad thing about the Platinum model is that they have the highest return rate out of any set of ghds. They’re more likely to get the red death light, and if you look at all the reviews of ghd’s online, you’ll see more people have experienced this with the platinums than any other model. So, this is definitely something to take into account if you’re considering purchasing a this set. But with Platinums, you do get a 2 year warranty if you purchase them directly from their site, so you will be covered if you do have any issues. 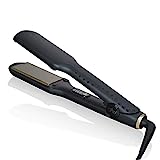 Essentially, the ghd Mini and Max models are very similar to the ghd Golds, but they have a different width of the iron itself. The regular width for ghd’s is 1 inch, which is perfect for most people. However if you have particularly short hair, or you want to style only your fringe, then the ghd Mini’s might prove to be a better option. One the opposite end of the spectrum, if you have thicker or curly hair, then the ghd Max might be the better option. It’s 2 inch thickness makes it great for long, thick hair which needs a bigger straightener to be effective.

The ghd Eclipse no longer exists anymore, but I thought that I had better mention it online because I can sometimes still find some available on Amazon. The likelihood is that these are cheap imitation knock off versions of the real thing, which you’ll undoubtedly want to avoid at all costs. The Eclipse ended up being too overpriced for what it was, and so ghd discontinued them a few year ago in favour of the ghd platinums which took their place.

Are ghd’s the best brand around?

When you’re looking for straighteners, there’s a lot of different models out there to choose from. It can be difficult to know which is best, and to do so, you really need to evaluate each of them separately. At the top of the pile comes ghd, who are known for producing some of the best straighteners around.

There are some other brands out there that are worth considering too.

Overall, these are currently the best options that ghd have to offer. Whilst some have fallen by the wayside, the Gold and the Platinums still dominate in terms of sales and popularity. So, they’re your first port of call if you’re looking to get yourself into the ghd game. If you haven’t owned a pair of ghd’s before, they’re generally accepted as a step up in comparison to other brands that are out there. So, it’s probably worth considering getting yourself a pair.