If you’re dealing with dandruff, then you’re likely looking at shampoos and formulas that you can use to combat it. The likelihood is that you keep coming across the same old names, with two of the most popular names being Neutrogena’s T Gel, and the household staple Head and Shoulders. But if you’re dealing with dandruff, is one of these a better option than the other?

If you’re really dealing with serious dandruff, then you’re likely better off opting for T Gel as opposed to Head and Shoulders. Why? Well, T Gel is created specifically for dealing with seborrheic dermatitis, of which dandruff is a mild form of. Head and Shoulders is good too, but it’s unlikely to be as effective as something specifically formulated to deal with the issue.

That doesn’t mean to say that you should write off Head and Shoulders completely. In fact, many people have success by using both of these shampoos simultaneously, as you don’t need to use T Gel every day. Many dermatologists recommend you use T Gel every other day or even twice a week, so you could use head and shoulders on the other days. Let’s have a look at the two shampoos to see if one of them would be a better option for you.

Head and Shoulders vs T Gel

First, let’s have a look at T Gel and see why it’s likely to be a better option for the majority of people. It’s the less effective brother of T Sal, although T Gel is significantly more popular. Whilst T Sal uses Coal Tar as it’s main ingredient to combat scalp psoriasis, this isn’t necessary for dealing with dandruff. 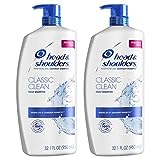 Both T Gel and T Sal use Salicylic acid, which helps to soothe any flakiness and crustiness that you may be experiencing. T Gel uses a higher concentration of salicylic acid, which makes it more suitable for less severe cases of seborrheic dermatitis, specifically dandruff.

One of the best things about T Gel is that whilst other scalp shampoos can be particularly expensive, T Gel is actually available at a pretty reasonable price. If you get something prescribed by a dermatologist, then it will be worth asking them if the ingredients of their products are similar to that of T Gel Why? Well, because many dermatologist recommend scalp shampoos are very similar to T Gel – just a whole bunch more expensive.

Head and Shoulders doesn’t contain any salicylic acid, it relies on other ingredients altogether. Instead of this, the main active ingredient in Head and Shoulders is Zinc Pyrithione. This is a well known dandruff treatment in the industry, and Head and Shoulders have been using it for over 50 years in their products now. It contains a lot of anti-fungal products, which make it a good option if you’re trying to get rid of dandruff. 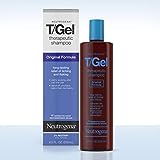 Overall, I wouldn’t hesitate to recommend using T Gel over Head and Shoulders. Primarily because T Gel is going to be more effective, as it’s high concentration of salicylic acid is proven to be able to combat dandruff.

That doesn’t mean to say that you should discount T Sal completely. In fact, it’s probably a safe bet to use these two shampoos simultaneously with each other. Although some people are still under the impression that you shouldn’t use two different haircare products at the same time, this is really no longer the case. Although you shouldn’t mix shampoos together, there’s really nothing wrong with using a different shampoo every day.

So for best results, you could consider using both of these shampoos at the same time. This is likely to give you good results – using Head and Shoulders 4 days a week, and T Gel three days a week. If you’re dealing with something worse than dandruff, then you’ll want to consider alternative methods like T Sal. But for mild dandruff, T Gel is an awesome option.