Note: This site is reader-supported and we earn commissions if you purchase products from retailers after clicking on a link from our site.

The Headblade ATX was introduced back in 2012, and has now become an extremely popular alternative to the Mach 3 and other regular razors. But is this validated? Is it worth the extra money for a razor that just, well, looks kinda like a kids toy with blades on the back? Well.. 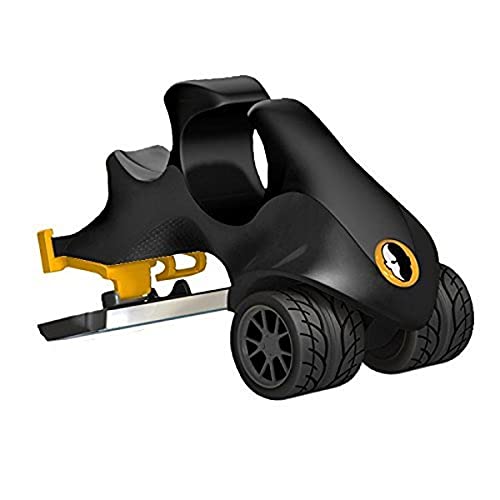 First things first, let me just get the obvious out the way. As with the old Headblade products, this isn’t anything majorly groundbreaking in the world of head shaving. Essentially, it’s just a regular razor blade attached to a funky looking contraption that makes shaving slightly easier. Harsh? Yes, probably.

Why is it harsh? Well, in fairness, the Headblade ATX does make it a million times easier to shave than using a razor. It’s basically a little finger attachment that you slip your middle finger into, rest your ring finger next to it and roll it along your head. I’m really not oversimplifying this, but I do have to say it is pretty ingenious to think of something so simple, that makes shaving your head that much easier.

Please note: This is a completely unbiased review. I have not been sent anything free from Headblade to influence my thoughts. I’ve paid full price for all my products as I am always looking for an optimal shave and, of course, to help you guys get a quality product! 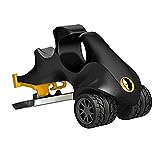 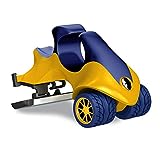 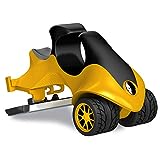 I bought mine online, and I was pretty surprised when it came to see how small it actually was. The small tyres on the ATX were the first thing that I really noticed; these seemed like a massive improvement on the old Headblade, on which the tyres were plastic and felt very cheap. This felt like more effort had gone into the production of the model and the quality of the ATX is definitely better than the previous model. 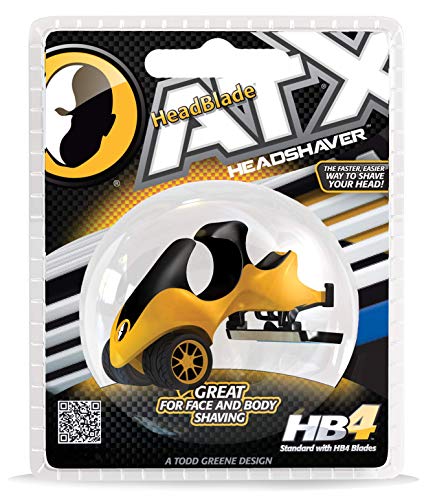 The ATX still uses the same Headblade black and yellow colors of its predecessors. I can’t say I’m a massive fan of the design, but then there are far more important aspects to be considered.

The main aspect where I find a real difference with the Headblade ATX is the back on the head and the neck; I just can’t get to the places comfortably with a regular razor, and it often end up having to go over the same spot several times to make sure. As you can see in the video below with MMA fighter Pete Spratt, you can slide down the back of your head easily and swiftly. 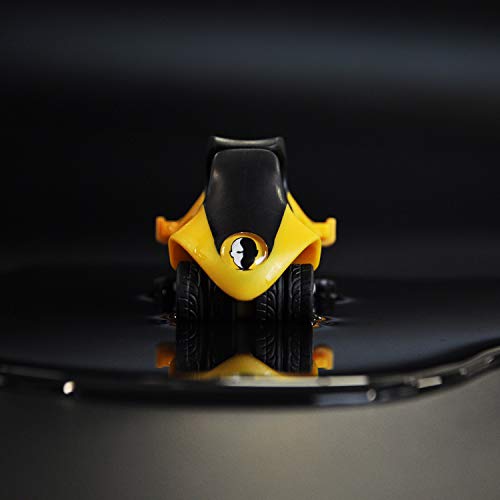 Another real positive for me personally would be that whilst I’m travelling a lot, this thing takes up next to no room in my suitcase. When I’m using my electric shaver, I do sometimes find that it can be an inconvenience when travelling light, especially when I used to use the Wahl Balding Clippers; they were a complete nightmare to travel with.

Perhaps the biggest plus of using the Headblade is the cheap price; you can purchase it at as low at $15.00 on its own. It’s is advised to pay slightly more, though and get yourself the full kit, as it’s cheaper than buying the cartridges and ‘HeadSlick’ separately.

Can I use my Headblade elsewhere?

Initially, I used the Headblade on my head only, keeping a neat short beard with my Gillette Styler. I did, however, use it on my face the one time, as I like to go completely clean shaven now and then (but not often!). I felt that the Headblade was really as smooth on the face as it was on my head. Sometimes I get razor burn, especially around the neck area, when I’m using cheaper razors or if I don’t take enough care; this was not an issue at all with the Headblade (I did make sure to use lots of cream and aftershave balm, though). 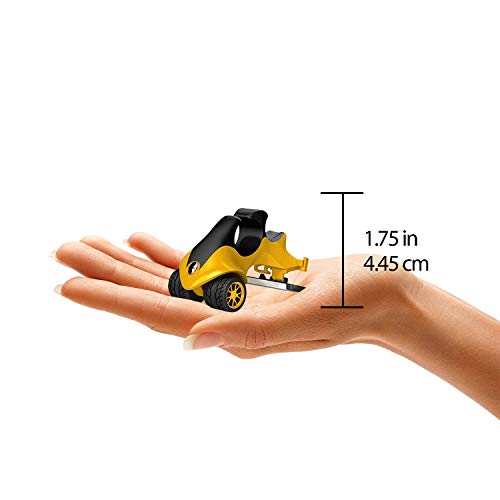 Can you use the ATX on other areas of your body? Well, I used it pretty comfortably on my chest without any irritation. I generally avoid wet shaving around the nether regions, but for the purposes of this review, I did try using the Headblade around THAT area; it was fine, with some slight irritation later that day (I still don’t think I’ve found a razor to completely avoid irritation around the pubic region).

Negatives of the Headblade ATX

The only real negative I can think of with the Headblade ATX is that it doesn’t shave as close as some of the older Headblade models. Or even a regular razor, for that matter. I think that this is a sacrifice that Headblade have made deliberately, though, in exchange for a smoother and less irritative shave. It still shaves pretty damn close. But I know there are plenty of people out there who have stuck with their Mach for the past thirty years because they want that completely ‘clean’ look. It’s unlikely for this to be an issue with the Headblade, but just bear that in mind. There are other razors on the market if you want something that will cut a little closer.

Another possible negative is that without an adaptor, you can only use the razors that Headblade sell. They are obviously slightly more expensive than your average razor blade. This isn’t the end of the world, and you can purchase an adapter to use Gillette blades if necessary. You will have to buy an adaptor for the Headblade Sport, as they haven’t provided one for the Headblade ATX; it will fit onto your ATX fine, though.

Considering the cheap price of the Headblade, you can’t really go wrong with purchasing one of these and seeing if it’s right for you. It’s a pretty smart contraption without too many other competitors in the wet shave market. So if you like your wet shaving (I personally switch between wet shaving and electric shavers every year or so) it’s a really competent option to get the job done.