Deciding between Andis and Wahl is kind of like picking between lemons and limes. They both provide the same thing, but you’re likely to slightly prefer one to the other and it’s unexplainable. They’re both good options, so you should take your time and look the the best models each brand has to offer to work out which one will work best for you.

If you’re deciding between the two brands, then this can be extremely difficult. Whilst Wahl is the bigger brand, this doesn’t necessarily mean better. And in recent years, Andis have become more and more popular and provided greater competition to Wahl.

If you’re looking to decide between these two brands, then you’re in the right place. First, we’ll look at the differences between the two brands then we will have a look at the most popular models of each so that you can make an informed decision before a purchase.

History of the Brands

Both Wahl and Andis are esteemed and respected brands within the hair clipper industry – they’re probably the best known brands that you’ll find, along with Remington. There aren’t many other brands that can stand up to them in terms of longevity, as they’re both closing in on 100 years since their companies started. Both brands are homegrown American brands, too.

Though if there is one brands that could compare, it’s undoubtedly going to be Andis. Started a few years later in 1922, they’re one of the top few brands. They specialise in clippers and shavers too, and it’s difficult to separate these two brands in terms of effectiveness. But, we’ll try and differentiate the two so that you can decide which of these brands is better for your situation. 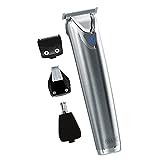 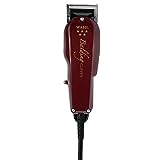 Wahl products are some of the best around – you shouldn’t hesitate if you’re looking at some of their products. They tend to specialise in clippers, but you’ll also find some awesome shavers from them too. Here are some of their best products;

Andis also specialise in clippers, but these aren’t the only products that you should consider if you’re going to purchase from Andis. Lets have a look at some of their best products;

Overall, it is really down to you to decide which of these products is going to be most effective for your needs. The reality is that either of these two brands is going work well for you, as they are the leading options in the market. You don’t need to be concerned, as both brands are going to get the job done.